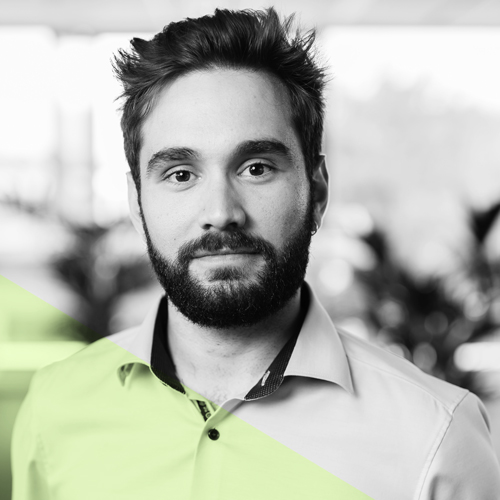 The frequency of the power grid (e.g., 50Hz) depends on the continuous balance between generation and consumption of electricity. When production outpaces consumption, the frequency increases, and vice versa.

While grid frequency is always deviating nominally within acceptable limits, any significant deviation can lead to service interruptions and blackouts.

In order to prevent this and maintain grid security and stability, transmission system operators (TSOs) must keep the frequency stable by balancing production and consumption. To do so, they procure operating reserves from balancing service providers (BSPs), who then activate these reserves when needed.

For TSOs, one challenge is determining what quantity of operating reserves are required to ensure a certain level of reliability. Such levels are determined by system operation guidelines (SOGL) at the European level, while enhancing the cooperation between neighboring countries.

Traditionally, the determination of the volume was made with a fixed value for a certain time period (e.g., one year) based on historical needs. However, this method of dimensioning balancing capacity is not ideal in many circumstances. Why?

The challenge with static reserves dimensioning

The two biggest factors that impact system imbalance, and therefore the required reserves, are:

The problem is that estimating the impact of these factors is becoming more challenging due to the increasing share of renewable generation based on variable resources like wind and solar. The output of these technologies is variable, and their production changes with the weather. The huge deployment of these technologies in our electricity grids leads to a greater risk of system imbalance, and one that is less predictable over long time periods.

To compensate for this risk, TSOs tend to increase their operating reserves, resulting in higher procurement costs.

But there is now a better way. Rather than setting operating reserves based on fixed values, TSOs can now dimension balancing capacity based on day-ahead forecasts that can discriminate among the high and low risk of system imbalance happening the next day.

This approach is called Dynamic Reserves Dimensioning (DRD). It’s made possible by a combination of advanced analytics techniques and is already being used in operation by Elia, the Belgian TSO, after a successful proof of concept.

To understand DRD, it’s important to know some key terms related to frequency balancing. To get right to the details about how DRD works, skip ahead to the next section.

The first line of defense against deviations in frequency is FCR. This reserve automatically restores balance to the system in response to a change in frequency, stabilizing the power grid. The key to FCR is that it’s fast, and is usually activated within just a few seconds of the imbalance occurring.

If the imbalance persists long enough, additional reserves are needed to replenish the FCR. These are referred to as Frequency Restoration Reserves (FRR), and they are divided into automatic (aFRR) and manual (mFRR) reserves.

mFRR is the third line of defense, supporting or replacing aFRR during extended periods of imbalance. In Europe, regulations require mFRR activation after 12.5 minutes.

The System Operation Guideline (SO GL) is the EU Commission Regulation that defines FCR, aFRR, and mFRR for TSOs in the EU.

The Electricity Balancing Guideline (EB GL) is the EU Commission Regulation that defines reserve product characteristics and the order of activation for TSOs in the EU, with the goal of improving the transfer of balancing capacity across borders.

The focus of this exercise is to determine the probability of forced outages, and reserves must always cover the largest contingency (i.e., a nuclear generation outage of 1 GW or the failure of an HVDC cable). This risk is assumed to remain constant over time and its likelihood to be uniformly distributed.

But there is another risk to system balance that isn’t constant: stochastic changes in consumption and production. The large-scale integration of renewable resources has made it difficult to forecast this imbalance risk over long time periods. The risk is still predictable based on observable conditions, but it varies over time.

Dynamic Reserves Dimensioning was developed to meet this challenge. With DRD, the FRR volumes are adapted on a day-ahead basis based on observations of conditions like:

N-SIDE developed a DRD solution that is currently used in operation by Elia, the Belgian TSO. This solution leverages a combination of machine learning algorithms and Monte Carlo simulations to predict the normal imbalance and disturbance risk for the next day with hourly granularity, and compute the optimal reserves volume needed to reach a 99% reliability target. The solution is designed in a way that complies with all SO GL and EB GL requirements.

During the proof of concept phase, DRD reduced Elia’s potential FRR requirements by up to 64 MW up and 46 MW down. Get the details and see more results of our work in this paper.

Contact us to learn more about Dynamic Reserves Dimensioning

Alberte holds a double master's degree in Energy Engineering from KTH (Sweden) and KU Leuven (Belgium) with a specialization in Smart Grids. He works on applications of mathematical programming and machine learning within electric power system operations, such as grid expansion planning or sizing of balancing capacity.